Last week, we released a comparative human factors analysis carried out by Marex Marine and Risk Consultancy for the use of the Safe Influx Automated Well Control System against traditional well control methods employed in the oil and gas industry.

This analysis provides a qualitative and quantitative assessment of the human failure modes associated with the operation of the Safe Influx Automated Well Control System, and a comparison against the equivalent human failure modes associated with traditional well control methods. In this article, we summarise the outstanding results of this exercise. 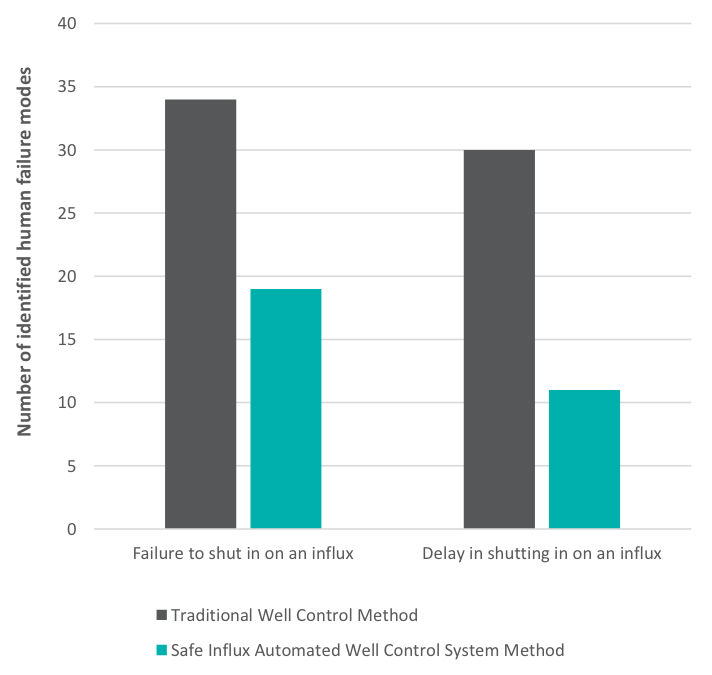 Taking forward the failure modes identified, the expert panel went through a process of rating the performance influencing factors (PIFs) which would have an impact upon the successful completion of the relevant task steps as per the rating system.

Throughout the assessment, the following six PIFs were found to be common across all the activity types: distractions, workload (including mental workload), time pressure, fatigue (taking into account shift durations, shift patterns, short changes, etc.), training and competence and staffing levels. The figure 7.5 shows PIF ratings comparison for workload and time pressure. 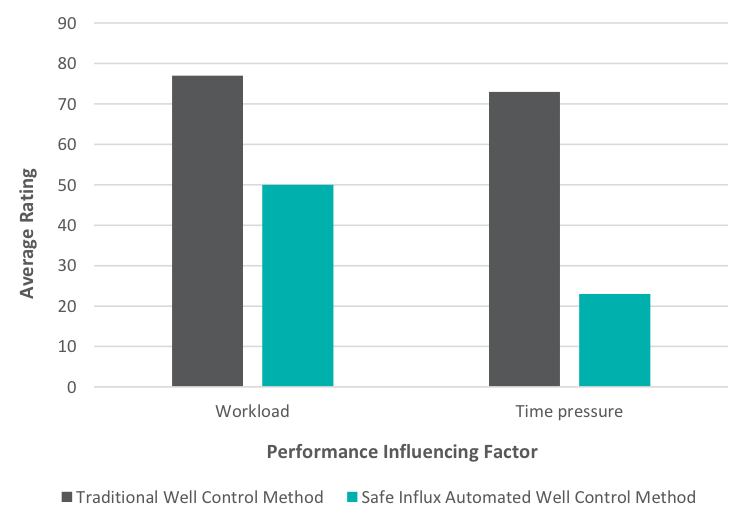 Using the information gathered from the failure modes analysis and PIF analysis, it has been possible to quantify the human error probability associated with each task and sub-task

The consolidated results of the quantification of the human error probabilities indicate a significant reduction in the human error probabilities associated with both the failure to shut in on an influx and a delay in shutting in on an influx, when automated well control is applied, as shown below. A reduction in the overall number of task steps required, elimination of situation evaluation type of activity from the well shut-in process, considerable reduction in the driller’s cognitive workload and significant reduction in the time pressures on the driller were some of the benefits that became evident from the qualitative part of the analysis.

The comparative analysis reveals significant results. The study demonstrates that Automated Well Control could achieve 94% reduction in the probabilities of human failures, which could lead to either a potential loss of well control, or 96% chance of reducing the shut-in influx volume.

In the next article, we will outline the implications of this study in the oil and gas industry, including reduction of risks and well costs by up to 20%.

The full version of this report is available at https://www.safeinflux.com/reports/