Recently, Marex Marine and Risk Consultancy carried out a comparative human factors study for the use of the Safe Influx Automated Well Control System against traditional well control methods employed in the oil and gas industry, revealing astonishing results.

This analysis, completed by means of an industry recognised Human Reliability Assessment methodology, provides a qualitative and quantitative assessment of the human failure modes associated with the operation of the Safe Influx Automated Well Control System, and a comparison against the equivalent human failure modes associated with traditional well control methods.

A Systematic Human Error Reduction and Prediction Approach, a methodology for qualitatively modelling human error in the context of nuclear power generation safety analyses, was used to provide the basis for subsequent quantitative assessments of human reliability. Once scenarios were subjected to the qualitative modelling process, the Success Likelihood Index methodology was applied to quantify the human error probabilities. 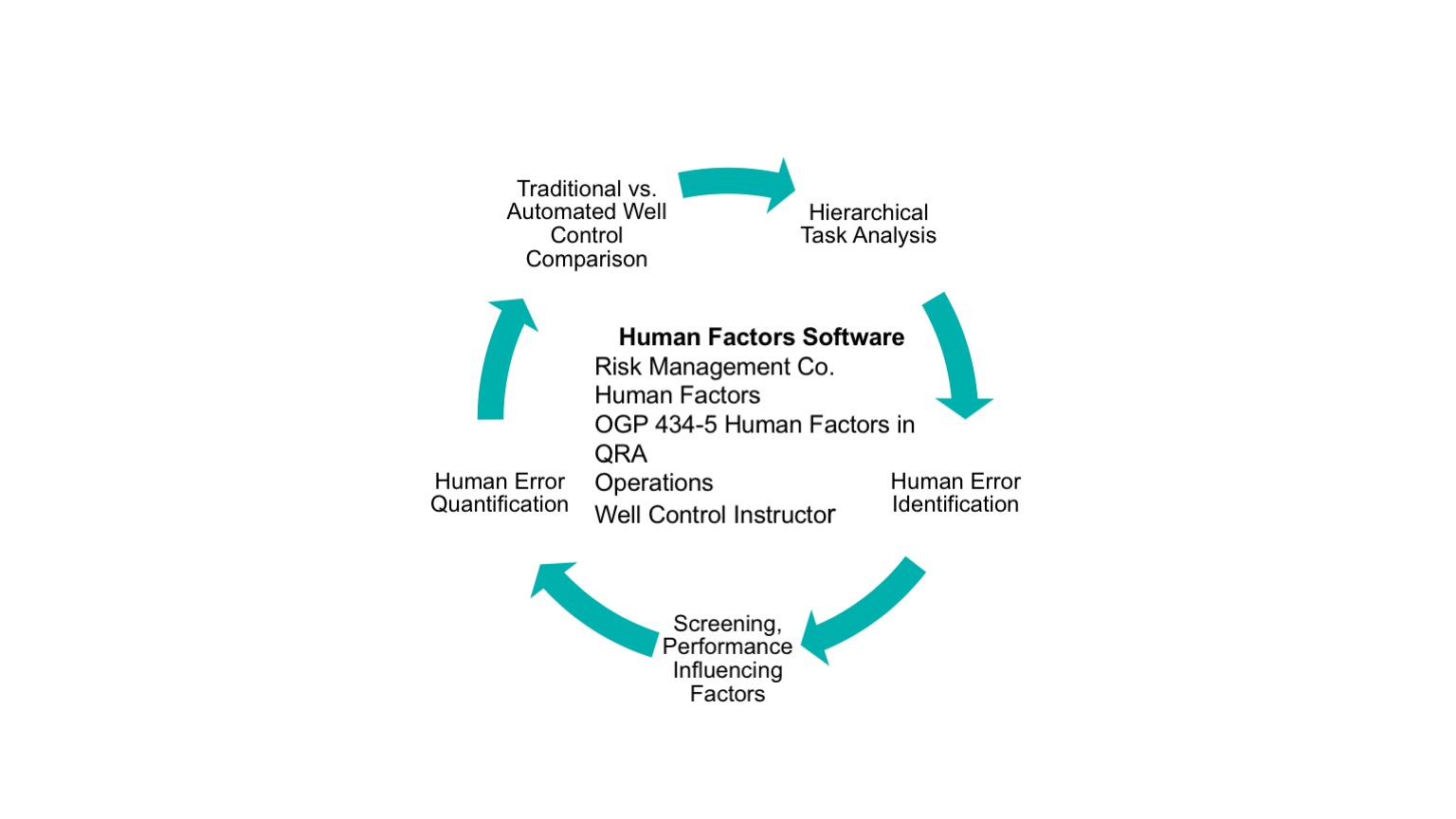 The first step in the process was the task identification. For this study, the primary aim of the task identification phase was to define the scope or bounds of the analysis as the phases of operations to be included in the comparative analysis. Following an overall discussion on the objectives of the study, Safe Influx and Marex defined the top-level task objectives which would form the basis of the comparative analysis.

In order to assess the levels of human interaction with systems and equipment, a suitable assessment tool was required to identify potential for human failures within tasks, using a systematic approach. Task analysis methods were utilised to understand what is being carried out, where hazards may be present and/or where errors may occur. Hierarchical task analysis is a form of task analysis where a hierarchy is placed on the order of the tasks to be analysed and breaks down a given human-performed activity into goals, tasks and tasks steps.

A risk ranking process was used to prioritise the subtasks to be included in subsequent more detailed analysis and quantification. A matrix was developed by Marex consultants to allow for the scoring of tasks based on a qualitative assessment of the likelihood of failure and the severity of the consequences.

Once the task/subtask was broken down to an appropriate level for further analysis, the task steps were assigned an activity category by an expert team.  This allowed for a subsequent analysis of the various failure modes which might have prevented the successful performance of the task step.

Performance Influencing Factors are factors affecting the individuals, environment or task, which have the potential to either positively or negatively affect performance of a task. Utilising the advice of a human factors’ specialist, the expert panel compiled and evaluated a comprehensive list of the PIFs associated with the failure mode under consideration, and the PIFs were subsequently assigned appropriate ratings and weightings.

Utilising the Success Likelihood Index method, the overall human error probability for a task failure mode was considered to be a function of the Performance Influencing Factors’ ratings and weightings. It was possible to quantify the human error probability associated with each task and sub-task which were attributed to the failures stated in the exercise.

After the above process, the software processed the results of the comparison. The study provides a clear demonstration of the reduction in the human failure risks that the Safe Influx Automated Well Control system brings to the traditional well control method.

In our next article, we will review the results of the comparative human factors study. In the meantime, if you would like to further discuss the results or to have access the full version of this report, please contact us or visit https://www.safeinflux.com/reports/