Following a recent article on Safe Influx’s analysis of historical blowouts in onshore Texas, this article presents a similar analysis of blowouts in US Gulf of Mexico in the years 1960 to 2014. This time the information has been obtained from the Bureau of Safety and Environmental Enforcement (BSEE)’s own well control database.

The BSEE database contains a list of Loss of Well Control (LOWC) events, and these cover a range of different types of well control incidents such as kicks, well releases, blowouts). Safe Influx has analysed 302 LOWC events and, by looking at the nature of the event and by ensuring a reasonable adequacy of information existed, has identified a total of 164 blowouts. These blowouts occurred across all the operational phases of the wells’ lifecycles.

This short report does not go into greater levels of detail, but some interesting statistics are presented here in graphical form: 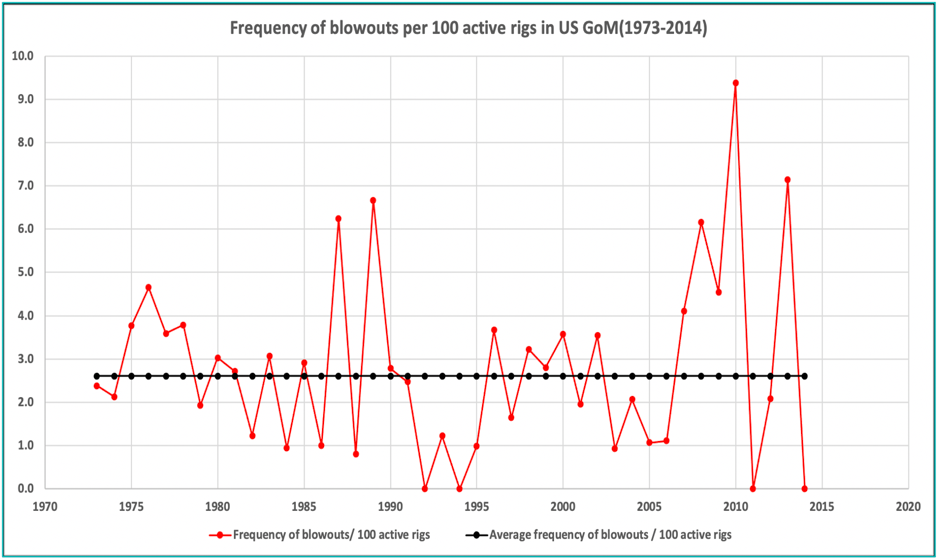 Whilst the first graph shows a downwards shift in the number of blowouts per year from about 1990, the second graph indicates that this is due to lower rig activity levels, as the average frequency of blowouts per 100 active rigs has not changed significantly over the period. Additionally, whilst this latter average has remained largely unchanged, the highs and lows have become more emphasised since about 2008. 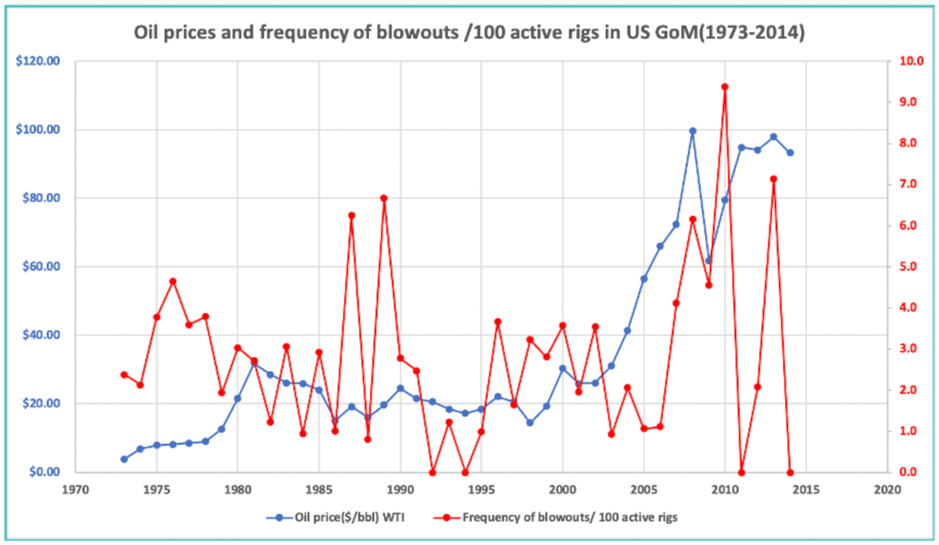 There is reasonable correlation of oil price and frequency of blowouts. From about 2005 until 2014, with the rapid rise in oil price, skill shortages are likely to have played a significant part in blowout incidents.

The irrefutable conclusion is that blowouts are still happening, and within the database information, there is much evidence that human errors are a key factor in many of these incidents in the US GOM, as they are elsewhere in the world.

Safe Influx Automated Well Control is designed to eradicate blowouts occurring due to human factor issues (a third party Human Factors Study indicates a 94% reduction with Safe Influx) , and to shut-in wells quickly such that the influx size is minimised.

The historical US GOM blowout data was analysed into 7 distinct operational phases, and the current and planned future Safe Influx technologies were assessed across the various blowouts that occurred during these operational phases. Of the 164 blowouts analysed, it was concluded that Safe Influx Automated Well Control would have likely prevented 112 of these. Blowouts that could not be prevented are those where blowouts were caused by well control equipment failure or production equipment failure.

Some key conclusions have resulted from this study:

This article is a small snapshot of the overall assessment work performed on this US GOM data. If you would like more information, please contact Safe Influx.